You are here: Home / Bridges / Shadow of Himslef, the Mysterious Stranger

File it under tall tales if you must; I would not be offended. You know that not everything you believe can be true, and not everything that’s true can be believed. And whether or not something written is true may well depend on your point of view. Where this story falls, as I relate it to you, is somewhere on the continuum. It was an evening I’ll never forget; the night I began re-thinking my thinking on Bigfoot.

It was before the turn of the century that we encountered him, on a night back in, oh, ‘97, I think it was, when photography was about film, and normal folks didn’t have digital cameras. Even then I was into night photography, though it was harder to do with film than it is today with digital equipment.

That night I felt my creative self pulling me to photograph beneath historic Fernbridge on the Eel River. I called my buddy and persuaded him to accompany me for a little photographic painting with light in the dark of the night. By “painting with light” I mean I would mount my camera on the tripod and compose a scene, then, with the shutter open for many seconds, I’d paint light with a flashlight to illuminate select areas in my composition. Only upon developing the film sometime later would I see whether I’d painted successfully.

For lighting this time, I placed a small tripod off to the left maybe fifteen or twenty yards away and taped a couple of flashlights to it to illuminate part of the old bridge. I affixed a green filter to one light and a red filter to the other to produce a bold orange-yellow glow where they overlapped. With the flashlights set up I walked back to my camera.

No sooner had I composed my photograph than great splashing sounds from the river alerted us to something large in the water out beyond the mounted lights. We strained in vain to see into the blackness, but could discern nothing past the flashlights’ glare. Whatever it was, its giant size was beyond doubt, for not only was its splashing prodigious but it grunted and growled with fearsome intensity. It splashed and moaned so for perhaps a minute, then all was silence again.

Hearts pounding, half wanting to run and half frozen in place, we stared into the blackness. Finally its huge form took shape in the gloom. It stood in the dimness at the edge of the light circle, transfixed by the light, frozen as a statue. Its figure was far larger than a man, standing, I estimate, fully eight feet tall. Sleek brown fur clung in its wetness to a muscular body that seemed of equal parts ape and man. The face was distinctly ape-like… except for the eyes, for looking out from the face of that giant creature I could not help but recognize the eyes of a human being.

Without acknowledging us in any way, it strode with the easy grace of a wild animal across the large river rocks and directly into the twin beams of red and green light. As it moved inside the two primary colors, it became a glistening silhouette rimmed with burning yellows and oranges, reds and greens as the colors mixed together with his motions and bounced off of his glistening hide. He paused there, facing into the lights. And then, very slowly, he raised his arms and face to stare in silence into the heavens. The creature stood thus for several moments.

I glanced at my friend and saw in his face the same incredulity I felt. Beyond him I noticed the fantastic shadow the creature was casting onto the bridge, lying perfectly within my camera’s composition. I clicked the shutter open. It was startlingly loud in the quiet of the night.

But the creature paid no attention.

He remained silent and motionless in the lights. For an interminable period, we held our breaths in tense silence. Then the shutter closed with a loud click-zzhhht and instantly the creature wheeled toward us, piercing our own stares with his human-like eyes. He bellowed once, a terrific blast of sound that might have been a word, though one I had never heard. His earlier vocalizations had been distinctly animal-sounding, but this sound was something human-like, an unknown word belted out as he cried, “Himslef!” Instantly his giant frame wheeled, and with a bound and a splash he was gone.

I only came away with the one shot. It was enough for one night. And, yes, we could see he was male.

File this under Myths and Tall Tales. An image will tell its own story when the author’s words aren’t present to describe it or warp a viewer’s perceptions around it. I’m afraid I might have supplied my own narrative here for this image, and I wonder, do you still have your own story for it, or does this one then become yours? Maybe your version tells where the creature went; I’d be interested to know.

Years ago I had this photograph hanging in a show. My title for it was “Shadow of Himself,” but someone kindly pointed out that the title I’d printed for it beneath the photograph read, “Shadow of Himslef.” Dang, I thought. But the word quickly grew on me, and since then I’ve thought of it as its title. Though it began as a typo, the new name also brought with it a new story for me, the one I’ve just shared.

Random images from the site 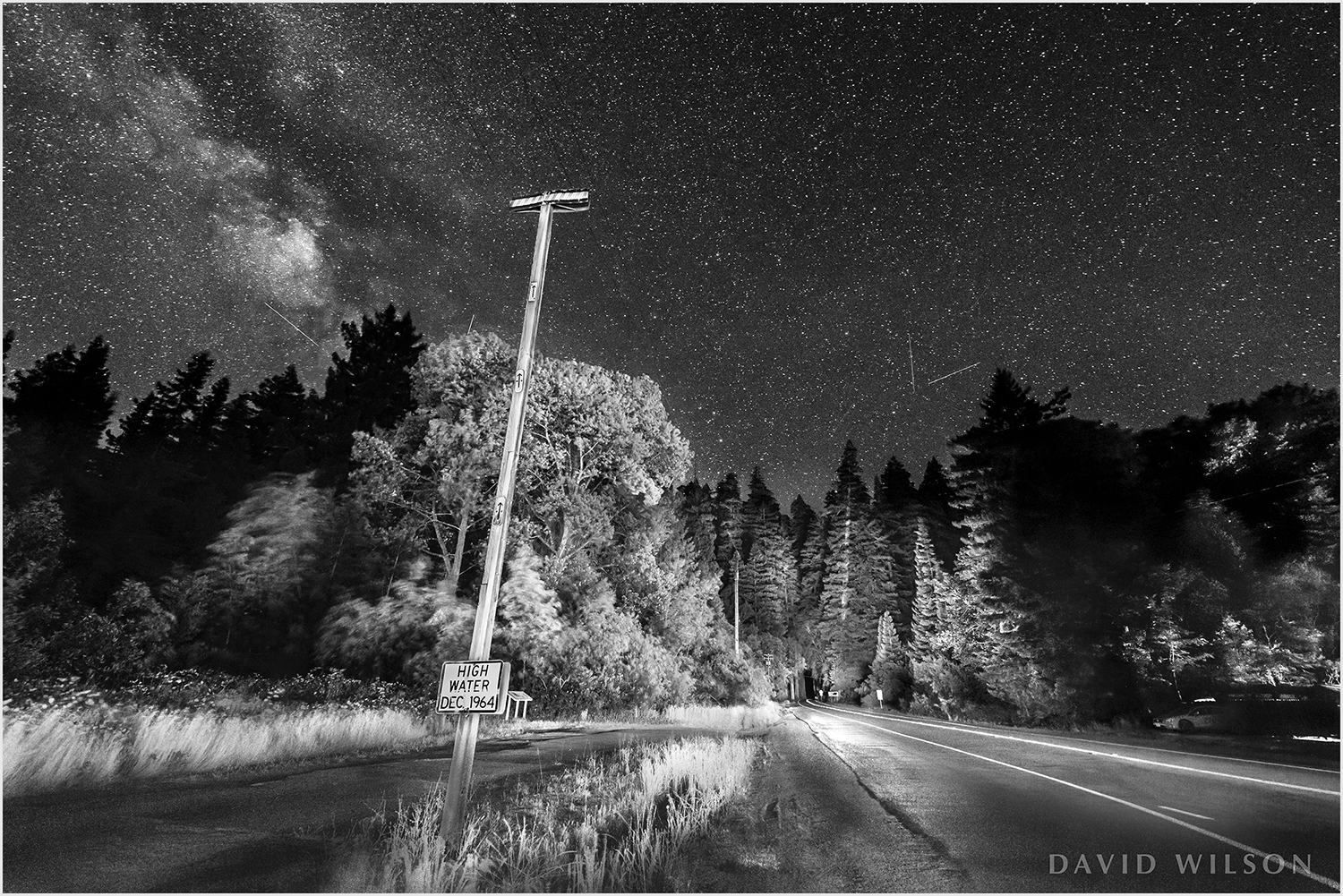 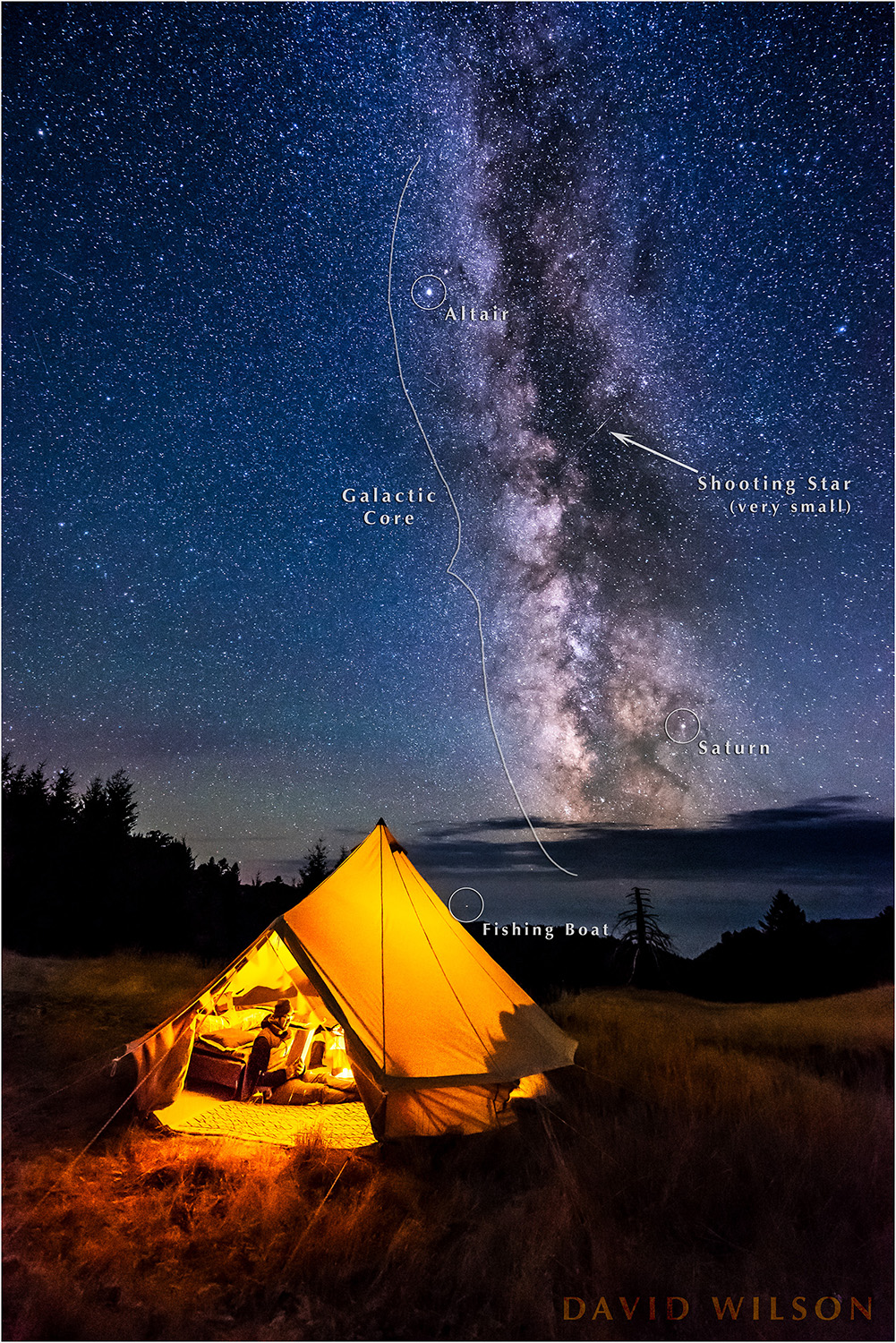 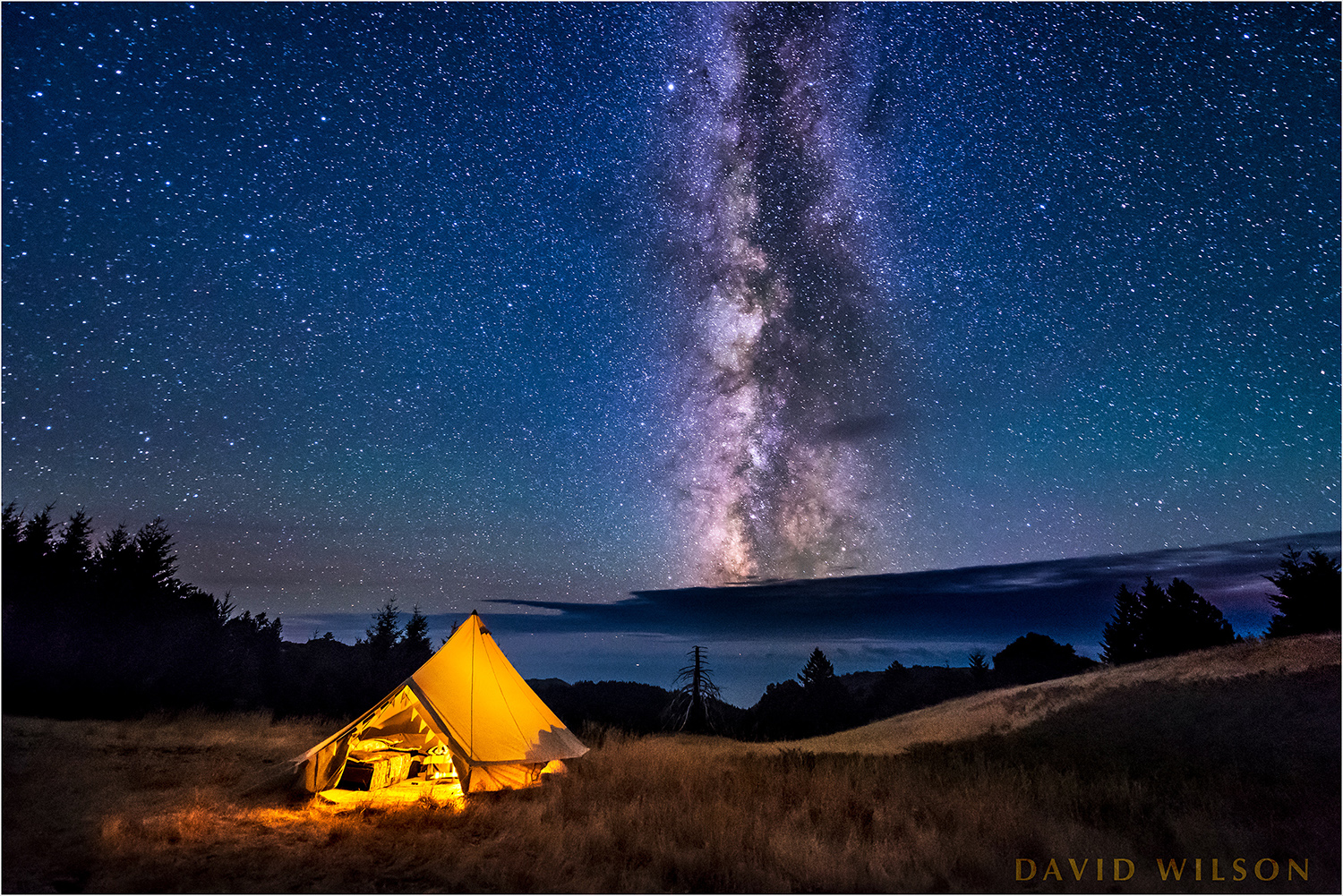 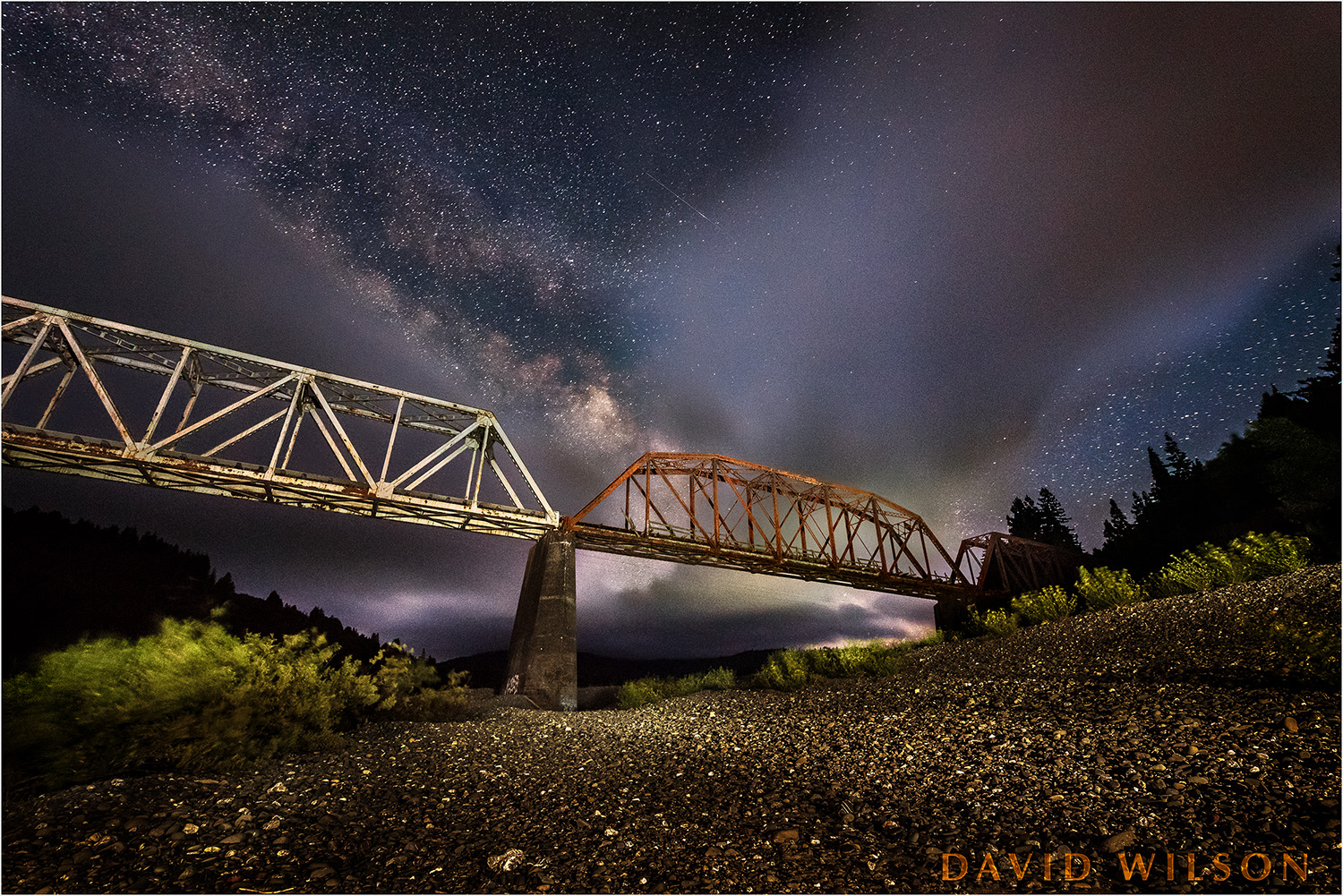 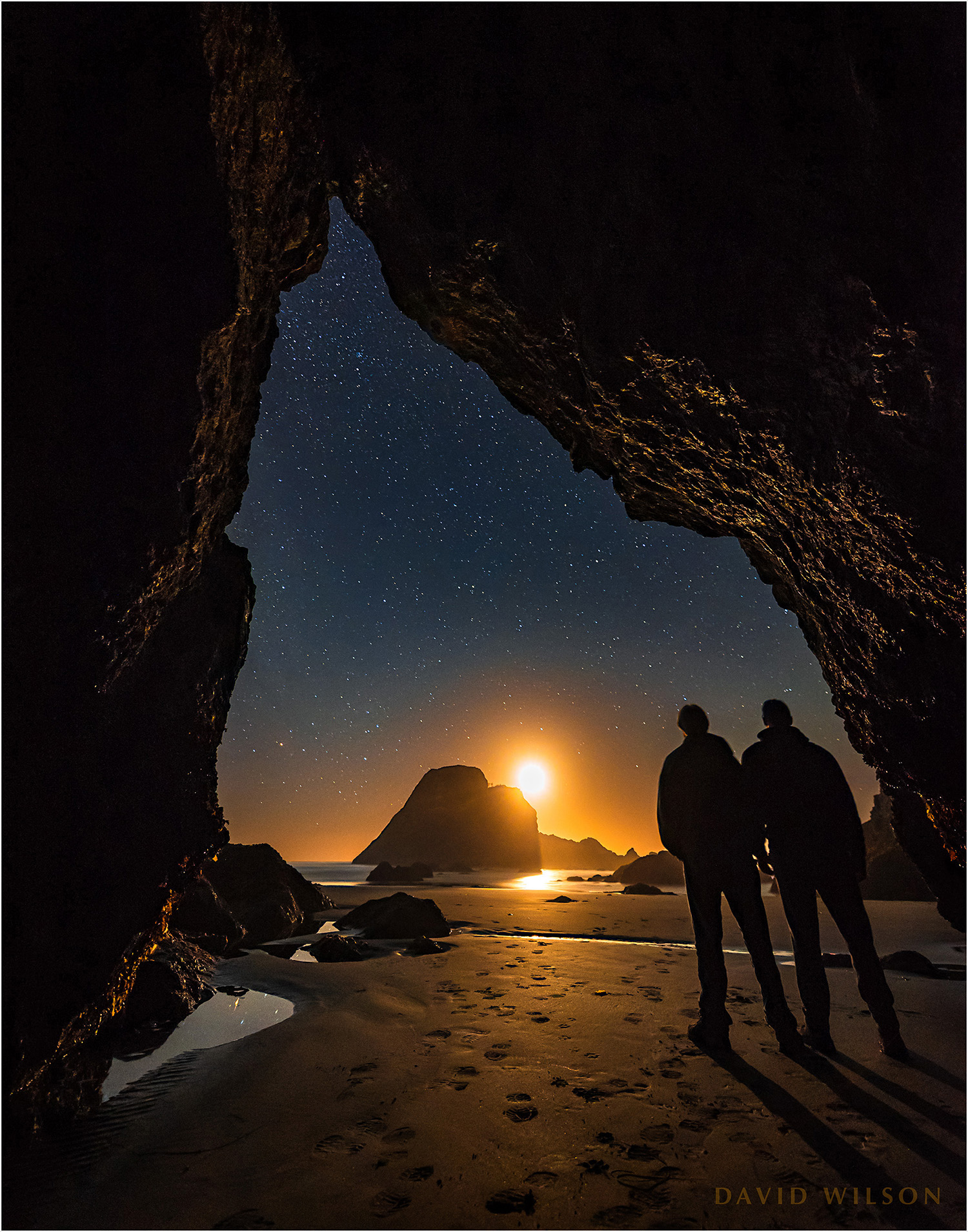 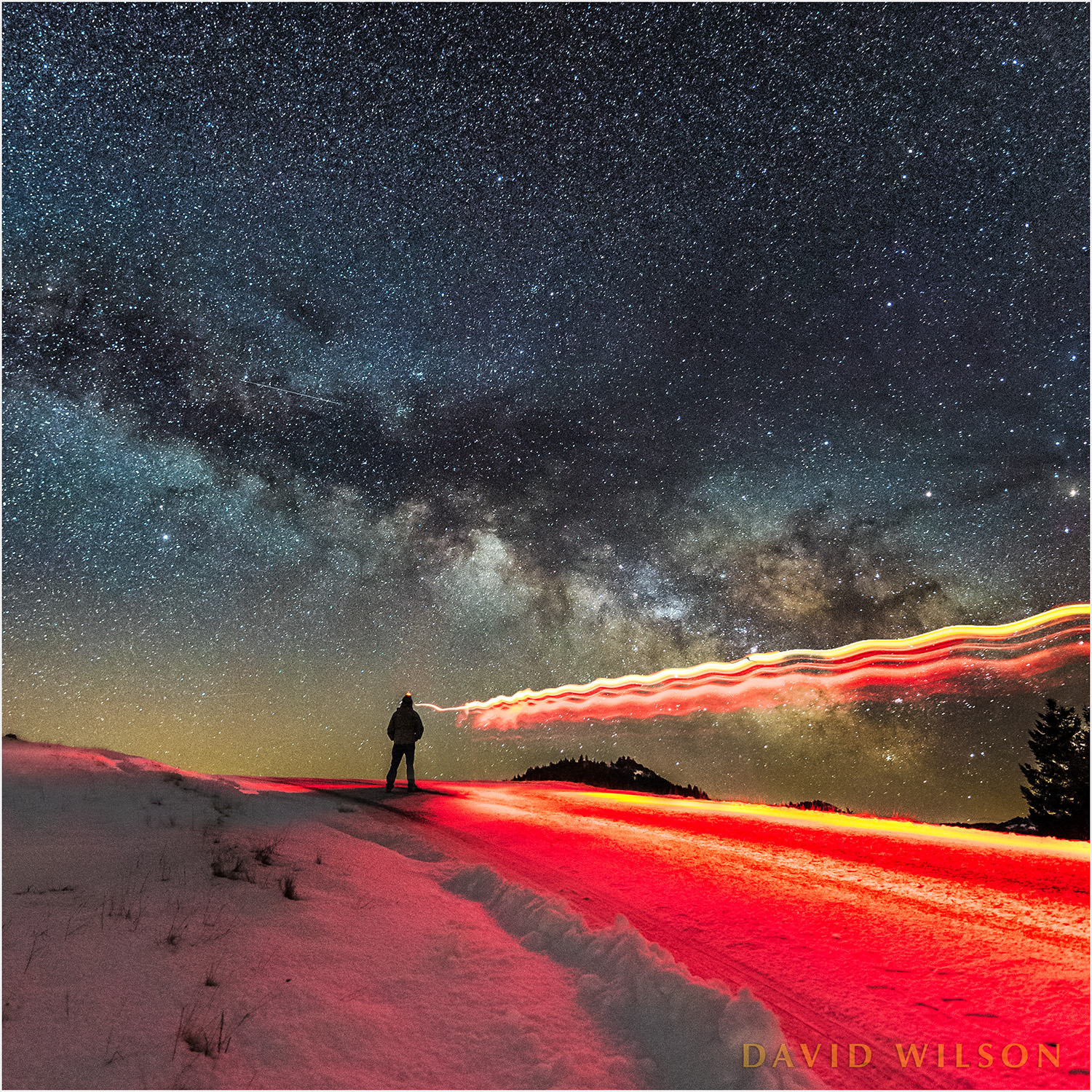 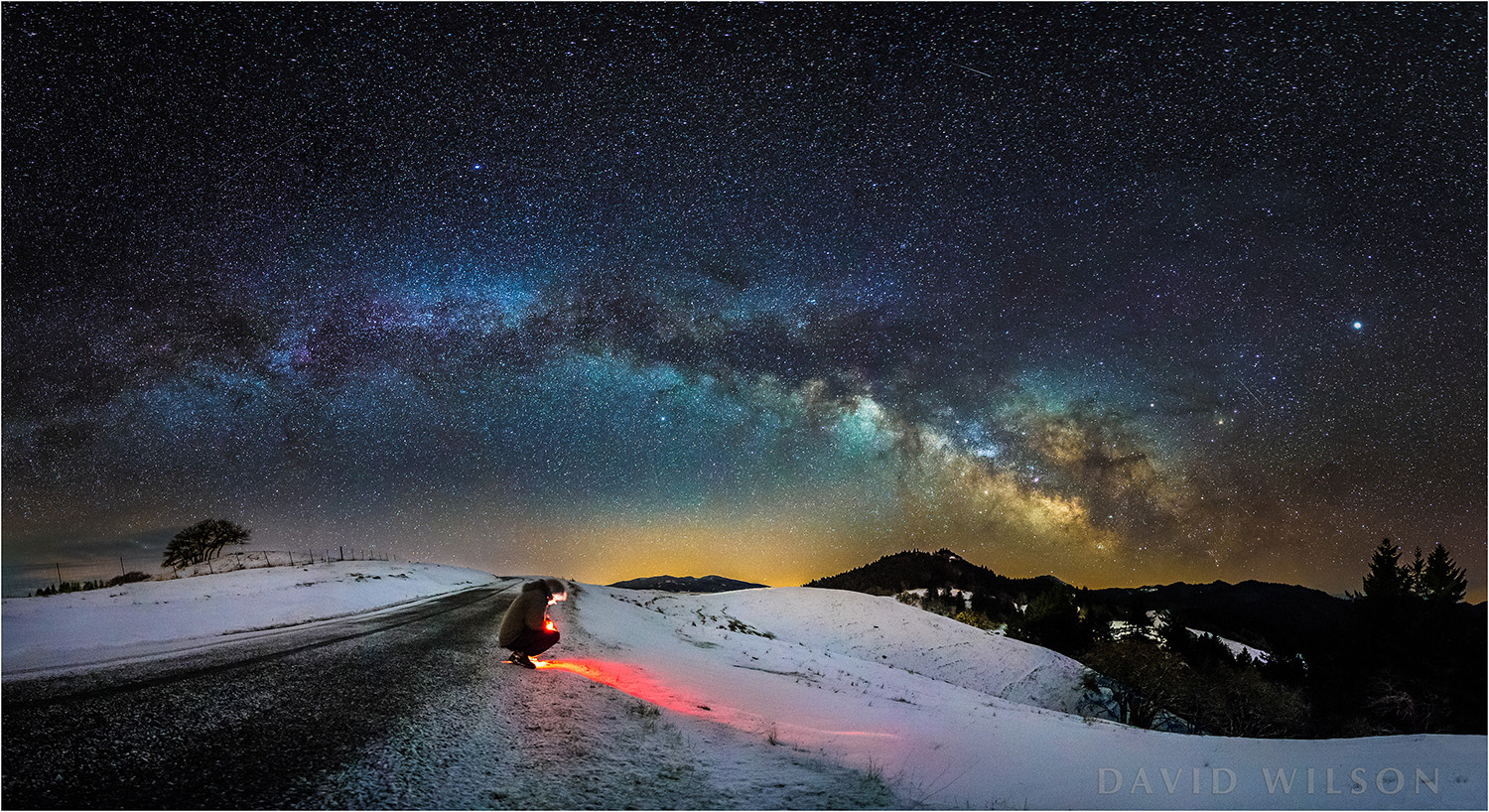 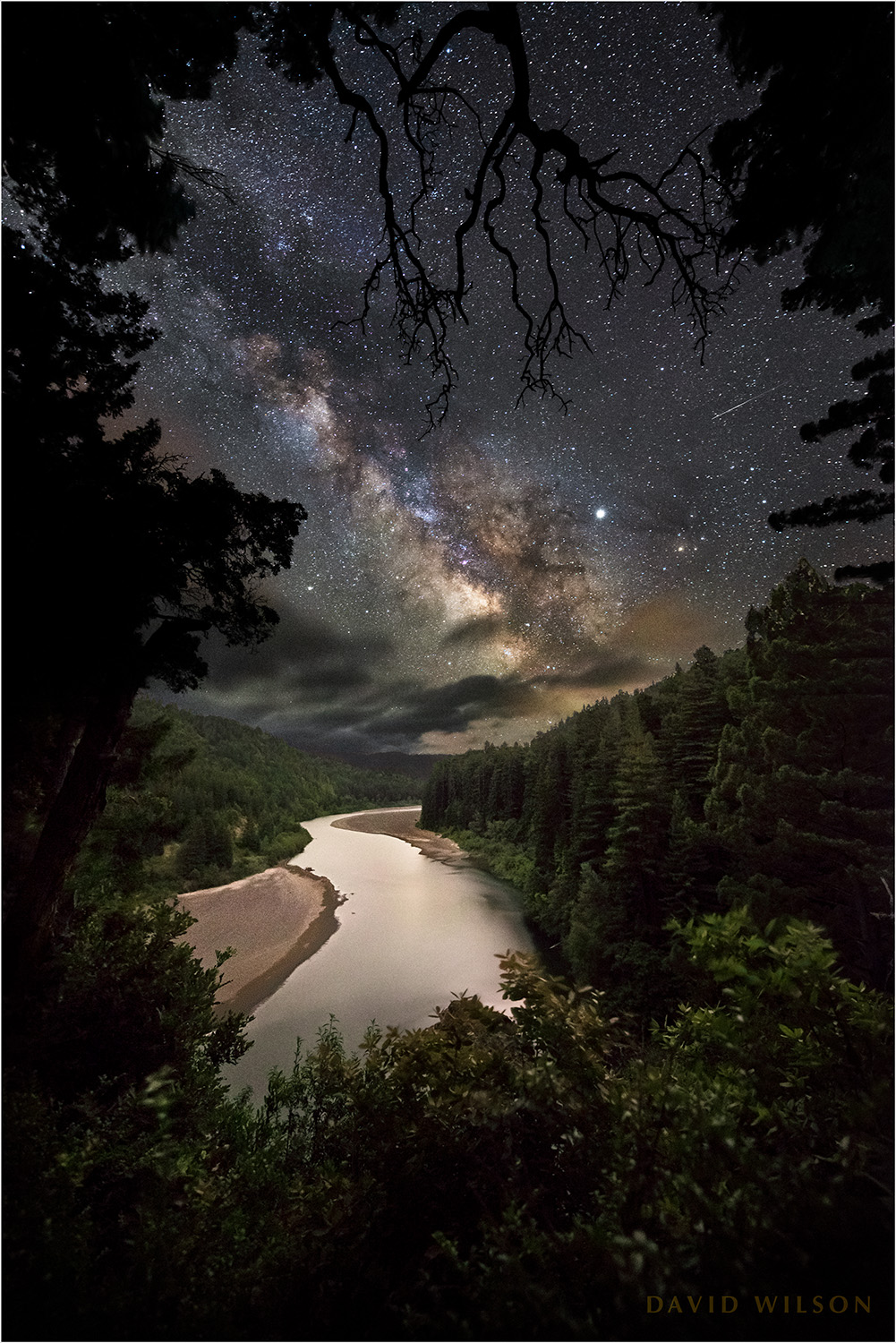 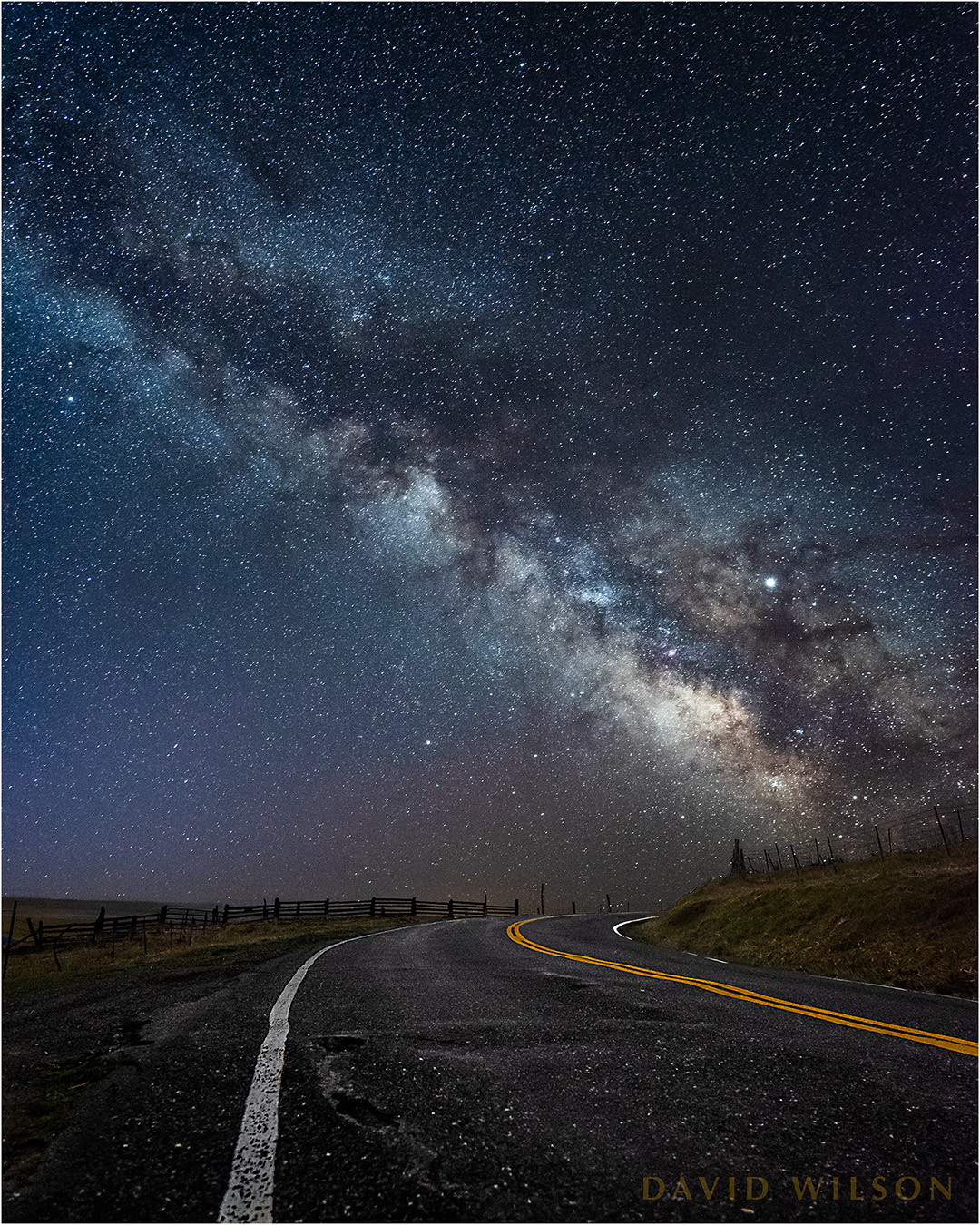 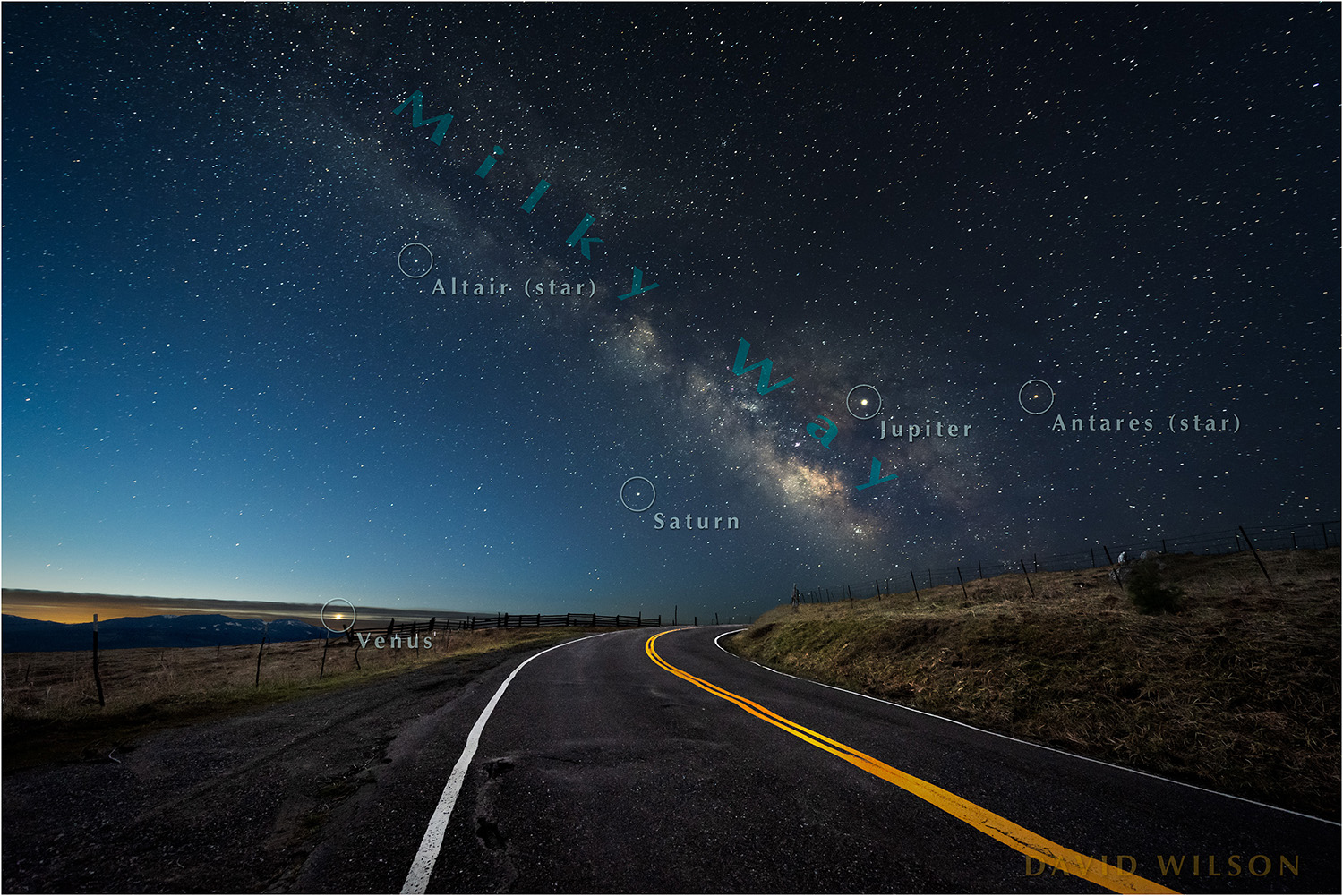 Photographer, Photoshop instructor at College of the Redwoods in Humboldt County, California. Prints & Photo Stories available at my website. Peace 🖖

To our dismay, a short distance up the river we di

The Carson Mansion beneath the Snow Moon of Februa

Vacancy. The bench at the corner of 4th and E Stre

As I stood beside my camera waiting for the next g

Life stands on a pane of glass where the Universe

Imagine, if you will, a journey down an Avenue thr

Ramparts at the edge of the continent standing wat

US Highway 101, the Redwood Highway. To be gratef

Well, it was a pretty ragtag group of setting sunf

Oh! I caught a rare sighting of a Double Milky Way

I was off social media for a week, and found that

Folks were goin' places late one night in Humboldt

Humboldt County, California The Eel River glides between Redwood-covered hillsides under the night sky. I was there with a former student and her friend and we played with our cameras while we stood in awe of the night. There was even a shooting ...

END_OF_DOCUMENT_TOKEN_TO_BE_REPLACED

Humboldt County, California It’s not for everyone to take the world seriously all of the time, though some people probably need to, at least a little bit. But I don’t think I’m one of them. I surmise folks like that need people like me to keep ...

END_OF_DOCUMENT_TOKEN_TO_BE_REPLACED

Ancient Pear Tree in Humboldt County An old, stunted pear tree abides in its nightly vigil beneath the Milky Way. The tree lives in Southern Humboldt County, California, but the far ridge line is in Mendocino County. The gnarled old pear tree ...

END_OF_DOCUMENT_TOKEN_TO_BE_REPLACED

Humboldt County, California We stood in the mouth of the cavern, looking out through a great broken crack in the blackness into the night as if through a window into another world. It fired our imaginations, conjuring mysteries in the night. ...